Due to current restrictions, in-person events have been suspended.
Please visit our calendar to see the online events we offer.

All are welcome to join our lively, informal book discussions held on the second Monday of each month at 7 pm. Fiction and non-fiction titles are chosen based on professional reviews, awards lists, and recommendations from the group members. No registration needed, just drop in.

My Wife said you May Want to Marry Me by Jason B. Rosenthal

Monday, August 9 at 7 pm
An inspiring memoir of life, love, loss, and new beginnings by the widower of bestselling children's author and filmmaker Amy Krouse Rosenthal, whose last act of love before her death was setting the stage for her husband's life without her. Registration Required.

For those 21+. This is not your parents’ book club. Kick back, relax and chat about books while enjoying your favorite beverage. (BYOB…buy your own beverage)!  We meet every other month at The Wagon Wheel on Main Street.

The Great Believers by Rebecca Makkai

Tuesday, August 3 at 7 pm via Zoom
In 1985, Yale Tishman, the development director for an art gallery in Chicago, is about to pull off an amazing coup, bringing in an extraordinary collection of 1920s paintings as a gift to the gallery. Yet as his career begins to flourish, the carnage of the AIDS epidemic grows around him. One by one, his friends are dying and after his friend Nico’s funeral, the virus circles closer and closer to Yale himself. Soon the only person he has left is Fiona, Nico’s little sister.

Thirty years later, Fiona is in Paris tracking down her estranged daughter who disappeared into a cult. While staying with an old friend, a famous photographer who documented the Chicago crisis, she finds herself finally grappling with the devastating ways AIDS affected her life and her relationship with her daughter. The two intertwining stories take us through the heartbreak of the eighties and the chaos of the modern world, as both Yale and Fiona struggle to find goodness in the midst of disaster.

The Great Believers has become a critically acclaimed, indelible piece of literature; it was selected as one of New York Times Best 10 Books of the Year, a Washington Post Notable Book, a Buzzfeed Book of the Year, a Skimm Reads pick, and a pick for the New York Public Library’s Best Books of the year. Registration Required. 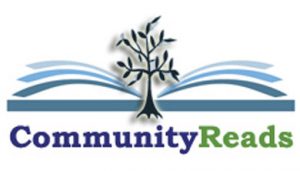 The Neighborhood Library Association (NLA) is a group of seven area libraries in a collaborative partnership. Our goal is to bring members of our communities together to read and discuss the same book in an annual Community Reads. These seven libraries also encourage community members to come together for events and programs related to that year’s book. The seven libraries composing the NLA are: Commerce Township Community Library, Lyon Township Public Library, Northville District Library, Novi Public Library, Salem-South Lyon District Library, Walled Lake City Library, and Wixom Public Library.

Between the Lines Virtual Book Discussion

Kent State: Four Dead in Ohio by Derf Backderf
This is a graphic novel presentation of the shocking event from 50 years ago, when the National Guard gunned down unarmed college students protesting the Vietnam War. Non-Fiction

Previous Between the Lines Titles

In the Country of Women by Susan Straight

News of the World by Paulette Jiles

Behold the Dreamers by Imbolo Mbue

The Vanishing Half by Brit Bennett